The law, which aims to crack down on “booze tourism” in certain areas on Spain’s islands, will prohibit the advertisement or promotion of activities associated with binge-drinking, such as bar crawls, happy hours, and free drinks. Magaluf, Arenal de Palma, and Sant Antoni de Portmany – all huge party spots in Palma de Mallorca and Ibiza – will be affected. Night-time stores will also be prohibited from selling alcohol and forced to close between 9:30 pm and 8:00 am.

Spanish officials appear to be optimistic about the practical benefits of this new law, and are hopeful that it will force visitors to reconsider bad behaviour. In a press release the regional government stated, “Efforts to promote the destination, to improve its quality — through both public and private investments — and position it in an increasingly competitive and global market have recently been affected by certain uncivil behaviours, most of which are directly related to alcohol abuse.”

“It is the first law in Europe that restricts the promotion and sale of alcohol in set tourist zones”, the press release continues, and local government spokespersons are optimistic: “this law could also have great repercussions outside of Spain”.

But in areas where local businesses depend heavily on tourists for income, there are concerns regarding the economic side effects of this law. “I find this exaggerated and disproportionate”, says Jose Tirado, president of Majorca’s Tourism Services and Businesses Association. Tirado believes that these limitations will negatively impact income from drink sales, or possibly even drive out tourists altogether.

A large portion of the 13 million tourists who visit these islands come from the United Kingdom, and ABTA – a UK travel trade association – believes these new policies are “misguided”. When lawmakers first proposed their idea in March of 2019, ABTA’s Director of Destinations and Sustainability, Nikki White, said “It targets the wrong market…Typically, all-inclusive customers in the Balearics are not 22-year-olds, but families who appreciate the convenience and ability to control budgets. Restricting their choices may drive families elsewhere.”

A spokesperson for TUI, the biggest tour operator in the UK, agreed: “We’re open to engaging with the authorities to tackle any issues surrounding alcohol consumption and inappropriate behaviour. We don’t, however, accept that all-inclusive resorts are part of the problem and the data we have seen doesn’t support that suggestion.”

These organisations will have time to adjust to these new restrictions, however, as it is likely these changes won’t go into effect until 2022.

A Model for Spain and the EU

In the Balearic government’s release, they state that “This is the first regulation adopted in Europe that restricts the promotion and sale of alcohol in certain tourist zones”, seemingly in preparation for similar future legislation around the country.

José Luis Zoreda, the Vice President of the Spanish tourism lobby Exceltur, told El Pais that “Attracting a tourism of excess is counterproductive for the whole sector, that’s why there are areas where the hotel owners are changing what they offer to attract a different kind of tourist”.

Though other cities appear to be interested in rebranding their tourist base and moving away from alcohol-fuelled activities, there have been few steps taken elsewhere around the country. Ibiza and Barcelona (along with Venice and all of Greece), for example, have implemented a “tourism tax” that will go towards counteracting the negative effects of tourism – including pollution – but the country has yet to see any major measures.

While there may be no restrictions of this exact sort in Europe right now, this move is not without precedent. Italy’s capital has made an effort to curb bad tourist conduct by passing laws to ban certain behaviours, limiting drinking (and even eating) in public, or frolicking in the Trevi Fountain. And surveillance cameras have been installed around the country’s historic Pompeii to deter visitors from stealing pieces of history as souvenirs, although the debate on how to best balance preservation of the site while encouraging visitors is still ongoing.

There isn’t any data on how these efforts have directly affected tourist inflows, but general statistics indicate that there hasn’t been a slowdown in arrivals. In fact, arrival figures only continue to rise, especially in places like Rome.

Meanwhile, some countries in Europe are still trying to determine how to change existing – and sometimes problematic – local norms. Greece, for example, is notoriously lax about serving alcohol to minors, and some of its islands appear to be gaining negative reputations as party destinations. If the implementation of the Balearic Island’s law brings about the desired effects, there is hope that it could reverberate through the rest of Europe and present new ways to address wild tourist behaviour. 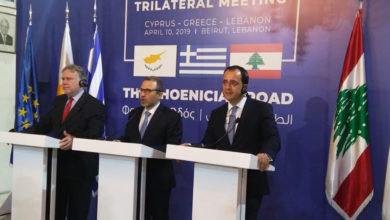 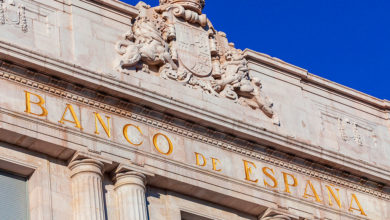