“When you look at this policy reversal over pollution in Madrid, it’s clear there is no real green conscience in Spain”, Lola Leirado, an activist from Spanish eco-group Equo, was quoted as saying in a recent article on the freezing of the driving ban, known as ‘Madrid Central’, in the New York Times – before the move was reversed on Monday by two different judges.

“The only thing that saves us is that Spain is part of the EU and environmental policy is increasingly decided in Brussels, which means cities have to respect European rules – whatever their mayors believe”, she added.

The recently appointed coalition of PP, Ciudadanos and Vox marked a massive lurch to the right for the Spanish capital, which had – until recently – been under the control of an alliance between far-left party, Ahora Madrid, and the national ruling party, PSOE. Former Mayor, Manuela Carmena, implemented the driving ban in November of 2018; it’s considered her flagship project.

Under the ban, drivers were fined for entering most of the heart of the city, known as Madrid Central, which was turned into a low emissions zone late last year. The 472 hectare-area – a thriving commercial, retail and tourist zone – became restricted to almost all cars, apart from those belonging to residents, public transportation, or if carrying an environmental label.

Monitoring of the programme was implemented through security cameras, and offenders were fined 90 euros.

Overturning the moratorium on Madrid Central, Spanish judge Jesus Torres Martinez said, earlier this week, that while there were undoubted deficiencies in the scheme the “deficiencies in the fines system must yield to the protection of health and the environment”.

Now, the city’s ruling coalition will appeal against the reversal of the ban-freeze, and no fines will be issued to drivers until September 30th, at the very earliest. Supporters of the ban celebrated the court’s decision, saying that improvements in citizen’s health rightly trumped the concerns of motorists, and the motoring industry.

Whereas the environmental merits of the Madrid Central driving-ban are in line with traffic-reducing laws in other major cities, the nature of the plan’s implementation has meant that many small businesses – who would support the measures on moral and environmental grounds – have paid a high cost, leaving their future adrift.

According to the coordinator of the Platform for those Affected by Madrid Central, Vicente Pizcueta, three out of four SMEs within the Madrid city centre claim revenues have fallen with respect to the same period in 2018. In fact, a report published by the organisation earlier this year indicates a 14.8 percent plunge in sales during the December holiday season, and a 13.2 percent decrease between January and February, 2019.

Rocio Persson is the operator of PekoPeko, an artisanal Asian street food restaurant in the Chueca area, which opened its doors in 2016 and, after a tough first year, was finding its feet as the winter of 2018 set in – which is when the ban hit.

“They started the ban in December. Winter is the time when most restaurants in Madrid aim to make [the] most of their sales, due to the very hot summer. This meant sales dropped at exactly the time when the peak of our business activity was taking place. There seemed to be no planning, no analysis and a lot of improvisation, they just didn’t take local businesses into account”, Rocio told South EU Summit.

She now worries what the future is for her business, as do many other businesses in the area. She claims the worst aspect about the driving restriction was the implementation, which she felt focused on fear – rather than a more practical approach.

“We all care about the environment, but why not use a model like the ones in Stockholm or London, where you pay for entering a specific area, why try and scare people with prohibitions and fines? The Municipality’s message has scared away all vehicles –  regardless of whether they comply with low-emission targets.­­ There was a lack of communication and their messaging was ineffective.”

Several other European cities – the likes of Milan, Valletta, Stockholm and London – have taken steps to mitigate traffic congestion and pollution through the introduction of congestion charges – a form of tax that must be paid to access the city centre. Revenues are then used by local authorities to improve public transport, and create environmentally friendly forms of transportation.

In London, which was the first major European city to implement a programme of this nature in 2003, most cars transiting within the congestion charge zone, are charged a daily fee of 11.50 pounds (12.80 euros) from Monday to Friday. Stockholm, on the other hand, charges drivers a maximum of 60 SEK (5.71 euros) per day to circulate within the restricted area.

On the flip side of the coin, defenders of the ban point to the dramatic changes in air quality in the city centre during the five months of the bans implementation.

While critics of the ban doubted its effectiveness, data provided by the Spanish confederation Ecologistas en Acción (Ecologists in Action) indicate that contamination levels registered in the Spanish capital, in the second quarter of 2019, were the lowest ever – since the measurement programme started in 2010.

Madrid, understandably, gained praise across Europe for its bold stance, at a time when tackling climate change has become a priority for both policy makers and citizens.

Property values also reportedly rose at a higher rate than in surrounding neighbourhoods.

The decision by new Madrid Mayor, Jose Luis Martinez Almeida, to temporarily put an end to the no-drive zone was savaged by the PSOE; who claimed the move meant ‘removing for the sake of removing’ and that there should be a plan B when it came to fighting pollution and benefitting the health of Madrid’s inhabitants.

Almeida has since tempered critics of his actions, saying it was temporary until other alternatives were set in motion. However, his detractors remained unmoved in their opposition to any reversal towards more carbon-friendly initiatives. And the decision by the Madrid courts to overturn Almeida’s moratorium will put his suggested alternative solutions under scrutiny.

These include investment in more sustainable transport, and a possible tunnel under the city to divert traffic from the centre – both of which have been met with scepticism.

The momentum throughout Europe would seem to make any full reversal of the ban unfeasible, as other European capitals remain in a race to become car free city centres.

While defenders of Madrid Central claim that businesses in the area will benefit from progressing the area to complete pedestrianisation, many small businesses in Madrid centre may not have the luxury of time to see what alternative proposals bring about. They have already felt the impact of the Madrid Central experiment, whatever the future may hold.

“They didn’t want to meet with businesses, or take into account the problems that this would cause for everyone who works in this area. It’s not the ban we had problems with, it’s the implementation. We knew this would have a terrible impact on sales. Many businesses closed in January when they could see it taking hold. Others, like me, have tried to keep going, but we will most likely have to close our doors very soon.” concluded the owner of PekoPeko.

At a time when shifting to a low-carbon priority is of primary concern for the EU writ large, engaging with all stakeholders in attaining this objective bears even greater relevance. The Spanish capital was hailed internationally for its leadership in the implementation of the driving-ban, but lasting success resides in shaping domestic policies that comply with climate targets, while simultaneously guaranteeing the competiveness of local economies and catering to the social implications derived from this – very necessary – energy transition. 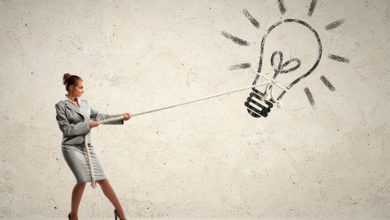