The Mobile World Congress – the largest mobile networking event in the world, attracting over 100,000 attendees – is a cornucopia of the latest technological marvels. While the Congress serves to highlight Spain’s increasing economic strength, the popular event is also a convenient stage to grind political axes in public.

The show opened on the 25th of February, with over 1,000 pro-Catalan-independence protestors from the self-styled Committee for the Defense of the Republic (CDR), protesting the appearance of Spanish monarch Felipe VI, who opened the show in the Catalan capital. The protesters marched towards the National Museum of Catalan art, where the king was scheduled to appear, carrying signs in support of the separatist leaders, currently on trial for the illegal independence referendum, held back in October 2017. However, the protesters never made it, as police made them return to the Plaza España Square.

This isn’t to say that technology played second fiddle. While first revealed at last year’s event, 5G capability has much expanded, with multiple vendors rolling out compatible commercial technology for the upcoming upgrade. Foldable smartphones were also among the latest up-and-coming tech crazes on display, along with beefed-up cameras, and displays to go along with flagship phones. The companies there aimed to dazzle both consumers as well as businesses. Microsoft’s new virtual reality HoloLens headset rollout was much anticipated. Technology for cars, including increasingly sophisticated digital cockpits, were also centre stage.

On Wednesday, February 27th, the Hospital Clinic de Barcelona performed a pioneering operation, transmitted in real time at the conference, via 5G streaming – a flashy way to show off the technology’s capacity, demonstrating its benefits to the healthcare industry in particular. The operation, a laparoscopy, allowed one surgeon to instruct another remotely, due to the almost total lack of latency in 5G transmissions, demonstrating the technology’s use for surgeons, and patients who need care from afar.

Chinese company Huawei took a PR offensive in unveiling their “digital inclusion” initiative, Tech4All, calling on governments and businesses to help promote expanding digital access, to all corners of the globe. Huawei’s Deputy Chairman, Ken Hu, noted that “we can’t forget that there are still many people excluded from the digital world. There are still more than 3.8 billion people who are offline, and one billion people without mobile broadband coverage. We need to expand the definition of digital inclusion beyond connectivity, to include applications and skills too”.

“We can’t just think people,” Hu continued, “but also small businesses. By expanding our definition of digital inclusion, we can help more people and organisations directly benefit from digital technology.”

“We don’t do bad things,” said Huawei chairman during a presentation.

This is not just feel-good talk. American and European carriers have been facing mounting pressure, to cease using Huawei and ZTE digital infrastructure, due to security issues, which the US government says can be exploited by China for espionage. The United States sent a delegation, to persuade businesses and governments to turn away from Huawei for these reasons – while Huawei simultaneously tried to convince those same parties that they are trustworthy, referring to the claims as politically motivated attacks that are not based on facts.

“We know that Huawei itself has been duplicitous and deceitful. They are under indictment – the highest levels of their company, in the United States,” said a member of the US delegation.

The EU Commissioner for the Digital Economy called for a fact-based assessment of the risk. “Whatever we do, it needs to be fact-based (…) in this very fluid and complicated situation, without really knowing what you’re talking about, it can become really, really dangerous.”

Some of Huawei’s biggest markets outside of China are in Europe, and countries like France, Germany, and the UK are considering restrictions on the company’s 5G gear – but doing so would be very costly. The question of who controls 5G networks, and the vast amounts of data they carry, remains unclarified. And as 5G rolls out, the industry is running out of time to find answers, and protect consumers. While this might all be great news for industry rivals like Nokia (which is based in Finland), it remains something of a slap in the face to Huawei – and China. 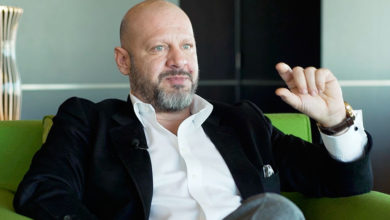