Wrapping up mere weeks after the European elections, the “trial of the century” has come to a conclusion, though the verdict’s consequences will not be made clear for some months. The trial was of twelve Catalan separatists accused of attempting to violently forge a rebellion against the Spanish state in 2017 via an unsanctioned referendum on – and a unilateral declaration of – independence.

Prosecutors in Madrid are adamant that the 2017 events were an attempted coup d’état, including the use of violence. If the independence movement involved violence, the leaders of the movement may be held personally accountable. That means the separatists who are most highly implicated in Catalonia’s breakaway attempt would go to jail for 25 years. The defence, however, insists that if any violence occurred, it was due to the heavy-handed police response that saw up to 1,000 voters injured. If the separatists are found guilty, the verdict may well entrench the independence movement rather than quash it, with potentially dangerous results.

“The ballot box can never be a threat to democracy”, said Jordi Sànchez, a defendant who faces up to seventeen years in prison if convicted. “In Catalonia, there will be ballot boxes and votes, and we will have them thanks to an agreement with the Spanish government, like in Scotland or Quebec.”

“You have the responsibility of not worsening a political situation”, Jordi Sànchez told the judges. “I would not like to be in your shoes now.”

If convicted, the defendants could appeal to the European Court of Human Rights, or be pardoned by Prime Minister Sánchez. However, the Spanish premier is under pressure not to make any concessions to Catalan separatist politicians following the unsuccessful attempt to re-open political dialogue with them last year.

While the trial has concluded, a verdict is not expected until October (while there is no formal deadline, results are expected before November). In the meantime, despite the verdict not being made public, Spain’s Supreme Court has blocked Catalonia’s former regional vice president Oriol Junqueras from leaving jail to collect his credentials for the European Parliament, a seat he won in the May 26th elections. Without registering with the electoral authority in Madrid, Junqueras, who is still in prison awaiting the trial’s conclusion, is unable to take his seat in the legislature and discharge his duties.

The court claimed that allowing Junqueras to travel to Brussels in July to take up his seat in the European Parliament would present “an irreversible danger to the outcome of the trial”, adding that this would involve “the loss of jurisdictional control over the preventative measures to which he is subject the moment he leaves Spanish territory”.

This is an especially thorny issue due to the fact that Brussels is also the base of the “government in exile of the Catalonian republic” since the deposed Catalonian president Carles Puigdemont fled there to avoid arrest back in October 2017.

Junqueras is arguably the most high-profile Catalonian leader on trial. Although the deputy leader of Catalonia has been jailed since 2017, he still leads the Esquerra Republicana party –which recently became the largest Catalan party in the Spanish Parliament – and was elected to both the Spanish and European Parliaments.

However, the court allowed Junqueras out of prison on May 21st to take up the seat he had won in Spain’s lower house of Parliament back in April’s general election, even though he would not be able to serve as a lawmaker until the trial’s conclusion. They will not allow the same to occur for the European Parliament, because the court said that these two situations are different, adding that rejecting the petition to let him out of jail to go to Brussels was temporary, and does not mean that Junqueras has lost the right to participate in the European Parliament altogether. Instead, this right had only been “temporarily postponed until such time as the trial has concluded and the obstacles standing in the way of his taking up his seat have disappeared”.

Complicating matters is the fact that as a member of the European Parliament, Junqueras – like his peers – could have immunity from criminal prosecution at home. This may require the Spanish Supreme Court to seek permission from the European Parliament before handing down a ruling on his case; the very situation they seek to avoid.

The Catalan Republican Left party described this ruling as “another attack on democracy”, and vowed to appeal the court’s decision.

Besides Oriol Junqueras, two other Catalan politicians, the region’s former leader Carles Puigdemont and local council member Antoni Comin, also won seats in the European Parliament. They too have been unable to collect their credentials because they will be detained if they return to Spain to collect their MEP papers.

Complicating matters further, the EU’s General Court barred both Puigdemont and Comin from taking their seats in the European Parliament on Tuesday, stating that there was “no scope for the Parliament to accord to the applicants, on a provisional basis, a seat in Parliament until their credentials had been verified”. Both have lived in self-imposed exile in Belgium since arrest warrants were issued for them, following the attempted secession in October 2017.

The ongoing secessionist conflict with Catalonia has significant weight in Spanish politics at a time of increased party fragmentation. Separatist politicians have governed the region since 2015, and regularly win the most seats in Catalan elections – albeit without gaining an absolute majority.

In April, Prime Minister Pedro Sánchez won the national election, but came out without a parliamentary victory. Still scrambling to cobble together a coalition, he hopes to work around Catalan separatist parties that had previously helped him clinch the office a year ago – especially because he failed to put the Catalan issue to bed once and for all. This meant that the separatists helped vote down Sánchez’s budget in February, pushing him to snap elections in April.

Spain sees the issue as one of national sovereignty and rejects international mediation on the issue. However, this conflict has coincided with other similar tensions across the EU, as nationalist blocs make headway in elections across member states – including the UK and its long delayed Brexit.

In addition, the issue has spilled over the border. Jailed separatist politicians have sought aid from international institutions. In May, the European Court of Human Rights, which is based in France, unanimously rejected the Catalan separatist argument that Spain had violated their rights of freedom of expression and assembly.

However, a working group of the United Nations Human Rights Council separately issued a non-binding report that demanded the release of Catalan politicians, claiming they were arbitrarily jailed ahead of their trial. Spain denounced the “mistakes and distortions” in the report, and questioned the impartiality of its authors.

While the overall verdict was in Spain’s favour, the fact that it occurred outside Spanish borders is noteworthy.

In addition to that, the case has been followed by other groups, like Basque separatists. “It’s clear to us that this has been a show trial, to frighten anybody else who wants to challenge the state,”, said Idoia Elorza, a Basque Nationalist Party official who travelled to Madrid to follow the trial.

There was some speculation that this massive trial might have led to a breakthrough in the stalemate between Madrid and Catalonia, even though the trial itself sparked dozens of pro-independence rallies. And yet, four months later nothing has been resolved.

Columnist Carlos Zanon wrote in Catalonia’s daily La Vanguardia that all this trial has confirmed is ongoing political deadlock. “Nothing has been resolved because there are people in one trench and in the other trench who don’t want it to be resolved.”

This means that Catalonia’s nationalist camp can rely on enough grassroots support to justify staying the course, though some of the voices arguing strongest for a return to a political solution were the separatists on trial themselves. “When it comes to human rights and fundamental freedoms, having the will to talk, to negotiate, to find agreement, should never be a crime”, said Junqueras.

“I genuinely believe that the best thing for all of us – for Catalonia, for Spain, for everyone – would be to see this issue returned to the sphere of politics – good politics – an area it should never have left”, concluded Junqueras.

Catalonia’s separatist president Quim Torra warned that he has no intention of ceasing to pursue independence, adding that he considered the trial “absurd”, and that he is “certain that we will hold another referendum”, which he described as “the biggest act of civil disobedience Europe has ever seen”. 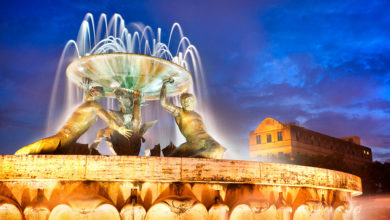