Spain’s recent election on November 10th, and its subsequent results, has resulted in an all too familiar situation for Spanish citizens as of late. Though the Socialists (PSOE) “won” the polls, the party was only able to secure 120 seats in the Spanish Parliament, or Cortes. Incumbent President Pedro Sanchez has managed to reach a tacit agreement with the far-left Podemos party to bring PSOE up to 155, but this still leaves Sanchez short of the necessary majority needed for the 350-seat or Cortes.

After meeting with representatives of political parties in parliament last week, King Felipe VI invited Sanchez to form a government. The next step in this process is an ‘investiture’ session of parliament, where a single candidate for president must secure an absolute majority. If that fails then a second round of voting will take place, in which any candidate must secure more ‘yes’ than ‘no’ votes. At present, Sanchez does not hold the majority needed to pass either round and has said that he will not submit his candidacy to an investiture vote unless he is confident of winning.

Ranged against Sanchez are the resurgent moderate right Partido Popular (PP) of Pablo Casado – the traditional rivals of the PSOE – who increased their representation by 23 seats in November’s election for a total of 89 seats. Meanwhile Vox, the Spanish far-right movement, gained more seats than any other party in the recent ballot, bringing them up to 52. The PP, however, has vowed not to engage with Vox in any power sharing arrangement. Meanwhile the moderate, pro-Union Catalan party Ciudadanos lost 47 seats – leaving them to contend with a bare ten and the subsequent resignation of their leader Albert Rivera.

Eye on the Prize

Since having unseated former Prime Minister Mariano Rajoy in August 2018, Sanchez has failed to secure the necessary parliamentary support to form more than a caretaker government.

Making it work this time around will require bridging the thorny Catalan divide and making overtures towards parties such as Esquerra Republican de Catalunya (ERC), whose thirteen seats would move the meter for Sanchez far closer to the magic number of 176. The remaining gap could perhaps be bridgeable if other regional parties agree to abstain from the investiture vote rather than go against the PSOE leader.

Of course the ERC is not without its baggage, most notably in the form of its leader, Oriol Junqueras, who was sentenced to a thirteen year term for his role in the failed Catalan secessionist campaign of 2017. According to a spokesperson for the ERC, the issue of the jailed separatist politicians is very much on the table during their engagements with the PSOE. “If there is a willingness by the PSOE to activate the political channels, there needs to be gestures”, said Laura Vilalta of the ERC. Vilalta added that if there was no progress on these issues, the ERC would vote against Sanchez rather than abstain in any investiture proceedings.

Any overtures to pro-independence Catalan parties has been met with fury from the right –  particularly from Vox, who has accused Sanchez of propositioning parties who threaten Spanish unity.

The PSOE leader has urged the PP and Ciudadanos to offer up an abstention so that there is no need to depend on the pro-independence ERC. “There cannot be, and there will not be, a third election”, said Sánchez during the COP25 climate summit being held in Madrid. “Everyone needs to contribute something to break the deadlock. I hope to find generosity when the head of state asks the candidate to form a government”.

However acquiescence seems unlikely, particularly from the PP, as they were able to recover significantly from April’s disastrous election results and now see themselves as the only viable alternative to Socialism. Pablo Casado, the party’s leader, said that abstention would mean “the voluntary disappearance of the PP as an alternative to socialism”.

Perhaps the only alternative to a hard-left, Catalan-independence coalition for the PSOE comes from the acting leader of Ciudadanos, Inés Arrimadas, who earlier this month said she had written to both the PSOE and the PP leaders to discuss an investiture agreement, which would see the PP conditionally withdraw in a de facto abstention agreement. “There is an alternative majority. And it’s not true that Sánchez only has the option of populists and nationalists”, said Arrimadas.

With Sanchez unwilling to submit to an investiture vote, compromise from rivals being not exactly forthcoming, and the possible triggering of yet another election if there is failure to form a government, the end of the year appears to be bringing more instability for Spanish politics. Meanwhile, the PSOE hopes to find routes to a workable government by early 2020, lest the ballot box beckon again. 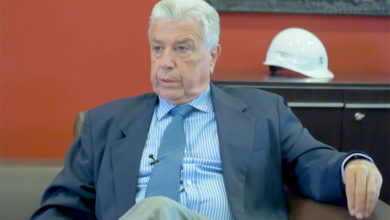