After much speculation, the Spanish government announced on July 12 that it would raise its 2018 deficit forecast from 2.2% to 2.7%, much of which is attributed to the largest pension increase the country has seen in years. Despite the uptick in the deficit, is still on track to exit the EU’s excessive deficit procedure at the end of the year.

Prior to the 2013 reform, Spain had some of the most generous pensions in the OECD, however the country’s average salaries paled in comparison to OECD averages. In an effort to cut costs during unstable financial times a few years ago, former Rajoy government decided to limit the annual pension increases to 0.25%, with subsequent rises limited to 0.5% above inflation. The former government had also planned to calculate pensions starting in 2019 based on a “stability factor”, which would see the value of pension payments fall as life expectancy increased.

These decisions were met with serious backlash from the public, especially the nearly 10 million people that live off the country’s pensions. Pensioners make up just under 20% of Spain’s population and have expressed their dissatisfaction through numerous protests that have taken place over the past year. Former Prime Minister Mariano Rajoy struck a deal with opposition parties to increase pensions in order to rally the necessary support for his 2018 budget. This budget was subsequently passed after the formation of the new Socialist government in June under the leadership of prime minister Pedro Sanchez.

Due to the 1.6% increase in pensions this year, Spain’s budget deficit will expand by €1 billion. Consequently, while the EU Commission stated in May that Spain was broadly compliant with the requirements of the Union’s Stability and Growth Pact, it expressed doubts over Spain’s ability to maintain its 2.2% deficit target. With the new Spanish government voicing support for other future spending increases, Spain has started to take a more measured approach to reigning in its debt, which has concerned some observers.

According to the EU’s Stability and Growth Pact, a member state’s budget deficit cannot exceed 3% of their country’s GDP. If a country surpasses this upper limit, the European Council will outline a series of recommendations, targets and deadlines – even issue sanctions – in order to reduce the member state’s deficit.

Spain is the only EU country to remain under the EU’s excessive deficit procedure. In order to reduce its budget deficit from a high of 11% in 2009, the previous government introduced a series of tax hikes and spending cuts. Of these, pension reform proved particularly controversial.

However, according to Spain’s Labour and Social Security Minister, Magdalena Valerio, the issue isn’t so much an increase in spending as much as ensuring that revenues increase in order to support these new policies. Speaking on the eve of the Eurogroup meeting last month, she stated that the solution was “more and better jobs, better salaries, and an intensified fight against fraud in the social security.”

From this perspective, it does indeed look like Spain is on solid economic footing. Since 2015, GDP growth in Spain has exceeded 3%, which makes it one of the fastest growing economies in the Eurozone. This trend is expected to be buoyed by the expansionary policies contained in this year’s budget, which should increase private consumption.

Most recent economic data also suggest that Spain’s robust economic expansion will continue. In June, Spain’s unemployment rate fell to its lowest level since December 2008. As well, both the manufacturing and service sectors have registered stable growth. Also notable is the uptick in the rate of new business   growth in Spain last month.

On a whole, Spain’s tempered retreat from austerity measures is in no way a sign that the economy’s trajectory is about to reverse. On the contrary, increasing spending on things as fundamental as pension budgets for one-fifth of the country is indeed indicative of Spain’s improved economic health. 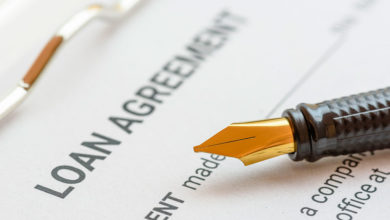