Spaniards are preparing to go to the polls for the second time in eight months due to Prime Minister Pedro Sanchez’s inability to gain enough support for his investiture. Political parties anticipate a season of discontent, with voters unlikely to reward those who promised change but have failed to deliver.

The two leading parties, the Spanish Socialist Worker’s Party (PSOE) and the conservative Partido Popular (PP), are expected to view the upcoming elections as a prime opportunity to cut deep into the advances made last April by centrists Ciudadanos and far-right party Vox.

According to El Pais, PSOE strategists believe their party may be able to capitalise on disappointment amongst Ciudadanos voters, particularly in Catalonia. “There are a lot of borderline voters there who once voted for us, and we think we can bring them [back] by defending dialogue (with Catalan nationalist leaders) within the bounds of the constitution”, a senior PSOE source told the Spanish newspaper.

Ciudadanos leader Albert Rivera, aside from making an ultimatum-laden offer to the Socialists on September 16th, has declined advances in a partnership with Sanchez. Instead, Rivera is leaning towards establishing ties with Partido Popular and even Vox. This shift has led to the resignation of several senior party officials, including the influential Francesc de Carreras, a Ciudadanos founder.

For Pablo Casado, President of Partido Popular, November’s poll gives his party the opportunity to reverse the disaster suffered in April’s election. Casado has worked to present PP as the stable choice for the centre-right voter, stating the current uncertainty surrounding centrist and centre-right choices could have ‘lethal’ consequences for Spain. Rallying supporters in Moncloa in Madrid on September 23rd, Casado reiterated that PP offers ‘peace of mind and progress’ and that his party is transforming into a more inclusive and integrated option for the moderate voter. Like the PSOE, Partido Popular views Ciudadanos as a prime target in this election, even as Casado claims his party’s credentials in the centre-right space. “There is no possibility of (Ciudadanos) replacing the PP as the brain, heart and lungs of the Spanish centre-right”, said Casado.

Though ideological polar opposites, it is possible Vox and Podemos will face a similar problem in November – that significant ‘voter fatigue’ may move the electorate back to PSOE and PP in the hope of getting a government in place. Latest opinion polls suggest a slight improvement in numbers for the two main parties, but citizens’ frustrations over continuous political instability could also trigger apathy and a high abstention rate. Results from a recent poll by the Spanish Public Research Institute said that 34 percent of citizens are wary of politics, 16 percent are bored, and 13 percent are indifferent. There is also an issue of the costs associated with an election, particularly one coming in that will replace a legislature that did not pass one single piece of legislation.

Meanwhile, the pressing issue of Catalonia looms over the tactics of all major political parties, with the PSOE keen to appeal to anti-separatist Catalan voters who may have voted for Ciudadanos in the past. In parliament on September 18th, Sanchez announced he would reintroduce direct rule in Catalonia if the regional government in Barcelona made any moves toward a repeated secession attempt. The verdict in the trial of Catalan leaders, some of whom have been charged with sedition, is expected to occur toward October’s end, just before the official election campaign begins on November 1st. A harsh sentence could harm the PP and Ciudadanos in Catalonia, who have not been inclined to open channels of dialogue with pro-independence parties.

The campaign for the forthcoming election has been shortened from two weeks to one, but the whole process is estimated to cost somewhere around 175 million euros. As this is the country’s fourth election in four years, some 700 million euros is estimated to have been spent delivering government’s that were either short-term, or in the most recent case, effectively stillborn. As Catalan legislator Gabriel Rufian said to the Spanish parliament recently; “I think people are up to here with all of us. They are fed up”. 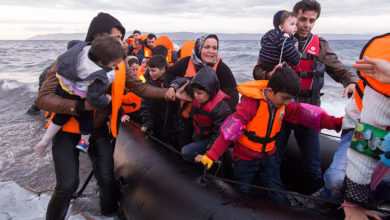