British Prime Minister, Theresa May, has yet to pull off a Brexit that both the EU and Parliament can accept, and British politicians are seeking to extend the deadline past March 29th, in an attempt to reduce chances of failing to reach an agreement. But as a “no-deal” Brexit looks more and more likely, Britons abroad are increasingly uneasy about their status. However, Spanish Prime Minister, Pedro Sanchez, has sought to assure British expatriates residing in Spain, that their rights will be preserved – as long as Spanish citizens residing in the UK receive reciprocal treatment.

Approximately 300,000 British citizens live in Spain, while 115,000 Spanish citizens reside in Britain. Then again, these are only the official figures. Spain is the most popular European tourist and retirement destination for British citizens, most of whom settled on the coast. Put another way, approximately 25% of British expats in the EU are in Spain. Unofficial figures of the total number of Britons in Spain may be closer to 750,000 – or more. And among foreign nationals in Spain, Britons are the biggest users of Spain’s state-funded universal healthcare system.

In addition, Britain is the largest destination for Spanish investment abroad. Spanish banks, like Santander, play a large role in British finance; and Spanish service providers, like Telefonica, and construction firm FCC, have significant holdings in Britain. Spain also exports a large amount of produce to the UK, and extra customs at the border could severely affect profitability.

Spain has already warned the UK that failure to pass a deal – the one currently on the table would have a 21-month transition phase – would land the UK in a “third country status,” which would lead to the requirement of a customs declaration of import/export for every shipment, the introduction of customs controls, the payment of customs duties, and other taxes, and requirements of various quality certifications. Moreover, the lack of a settled deal has resulted in the falling value of the British pound sterling, which is hurting Spanish produce exporters, before Brexit has even occurred.

In order to preserve the current system of equilibrium, PM Sanchez is working on a bilateral agreement, that by February, should guarantee the rights of these citizens abroad, as well as secure commercial trade relations between the two countries.

Speaking at the traditional end-of-year news conference in December, Sanchez told reporters, “I want to convey a message of calm for the Spaniards who live in the United Kingdom, and also [to] the British who reside in Spain. We will preserve your rights whatever the scenario.”

Earlier in December, Spanish daily, El Pais, citing anonymous diplomatic sources, reported that Spain and the UK were working on a bilateral agreement, that would give British residents in Spain and Spanish residents in Britain, the right to run and vote in local elections – even after Brexit. Currently, there are dozens of locally elected British town and city officials in Spain.

However, according to Michael Harris, speaking from the Madrid-based citizens’ rights organisation, EuroCitizens, February is too late a date for such legislation. Nor has Spain clarified what exactly their British residents will have to do, in order to continue residing in Spain legally, as, after Brexit, they will have lost the automatic right to live in any EU state. “The British community needs to know sooner rather than later, how this change will be made, and what documentation Brits will have to provide to be able to continue residing legally,” states a December 2018 report by EuroCitizens and British in Europe.

Some Brits are keen to obtain Spanish citizenship, to prevent their residency from turning unlawful overnight on March 29th, but under current Spanish law, Brits cannot officially obtain Spanish citizenship and retain their British passport. Dual nationality is only allowed for citizens of countries that came under the 16th C kingdom of Phillip II, and a few select other groups – such as Sephardi Jews. Despite only having a small chance of success, the number of Brits applying for Spanish citizenship has more than tripled since 2015, with a total of 166 requesting citizenship in the first 10 months of 2018 alone.

Many British citizens residing in Spain, are hoping they can convince the government to pass a new law, that would allow them to apply for citizenship as well. “We encourage the Spanish government to consider facilitating, by means of a special and limited piece of legislation, double citizenship for Brits who can prove they have lived and/or worked in Spain for 10 years,” states a December 2018 report, by Madrid-based lobby group for UK nationals in Spain, EuroCitizens. Giles Tremlett, a Guardian journalist who has been based in Spain for the past 25 years, is hoping such legislation would allow Brits residing in Spain for only 5 years to apply for citizenship as well.

Tremlett and EuroCitizens have already drafted the model legislation, and Tremlett hopes he can convince the regional governments of Valencia and Andalusia to discuss the issue. These two regions are homes to large communities of British expats, so getting their governments on board is key.

Debbie Williams, a British resident of Valencia, and founder of Brexpats Hear Our Voice, a pro-EU group, campaigning for the preservation of rights of British nationals in the EU, is concerned that unemployed British citizens may not be able to meet the financial requirement criteria to be defined as “economically inactive.” EU member citizens do not need to prove employment or income – but non-EU member citizens do. This means that after Brexit, unemployed Brits would have to demonstrate an annual income of 26,500 Euro – something that pensioners, and the economically vulnerable, may not be able to pull off. Altogether, nearly half of the British in Spain are made up of those who are families, and of working age, who are mostly clustered in Madrid and other cities. The other half are pensioners, who tend to cluster near the coasts.

One thing Spain isn’t worried about in the face of a “no-deal” Brexit, is their national flag-carrier airline, Iberia. Iberia is a major Spanish employer, with nearly 17,000 workers, and carrying over 19 million passengers annually. The Iberia Group and British Airways merged in 2010, and the airline is majority-owned by Britain-based, Anglo-Spanish group, IAG. IAG is registered in Spain, but headquartered in Britain.

However, Iberia has a Spanish shareholder with just over 50% of voting rights, as part of a complex voting scheme. IAG owns the economic rights of Iberia Holdings, but only 49.9% of the voting rights. Garanair, which is wholly owned by Spanish retail giant El Corte Ingles, holds the remaining 50.1% voting stakes. This means that IAG can argue, that its individual airlines, like Iberia, are domestically owned.

“We are confident that we will comply with the EU and the UK ownership and control rules post-Brexit,” IAG said.

“From the Public Works Ministry’s point of view, we’re convinced that Iberia is a Spanish company,” a spokesman for the ministry told Reuters. “We are also convinced that, if necessary, the company will make the necessary adjustments, to make sure it complies with European regulations.” 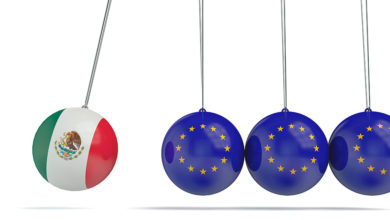 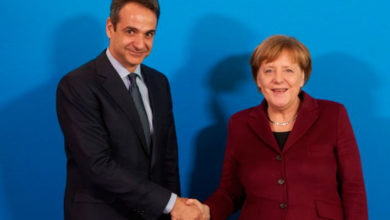 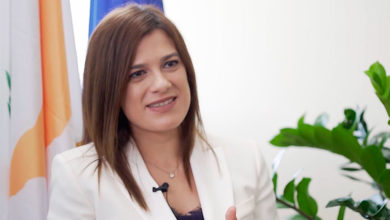