The number of confirmed coronavirus cases in Spain keeps dropping, recently recording no new cases within a 24-hour period in a milestone not achieved since before the pandemic hit almost three months ago. Over 27,000 people have died from COVID-19 in Spain, making it the second hardest hit country in the EU after Italy.

As the virus continues to remain at large among the population, President Pedro Sánchez’s minority government has successfully sought a two-week extension to the country’s “state of alert” until the end of June, thanks to the cooperation of the Ciudadanos party and the Basque Nationalist party. “We are doing this out of prudence, considering the general interest and because we think it is the best way of guaranteeing an exit without risking backward steps in this hard fight against coronavirus,” said Edmundo Bal, one of the Ciudadanos party’s parliamentary leaders.

The deal binds the government to set out provisions to manage possible new outbreaks and establish plans to re-activate the tourist sector – a key driver of the Spanish economy. The agreement also demonstrates that the minority government is still capable of cobbling together majorities in parliament on issues of overwhelming importance, despite the often polarising nature of Spanish politics.

Speaking in Congress on Wednesday morning, Sánchez defended the actions his government has taken since mid-March, when Spain entered one of the strictest lockdowns in the world. “We have been through the worst months in the history of our democracy,” Sánchez said. “It’s been three months that seemed never-ending. Today, with caution, we can say that the worst is over. I am proud to preside over the government of a country that has shown discipline, solidarity and responsibility. Since March 11, when the global pandemic was declared, the government has had no other goal than to save lives.”

However the powers afforded to the president during this emergency state, including the power to rule by decree, remain highly contended. Sánchez has argued that maintaining these controls and limiting citizen’s freedom to travel across the country are crucial to preventing a resurgence in infections and avoid complications of a disorderly exit out of lockdown. But the right-wing opposition believes that the government has abused these powers, deeming they are no longer needed now that infection rates are dropping significantly.

Control would cede from the central government back to regions during phase 3 of the lockdown exit plan and would also permit individuals to travel to other provinces for non-essential reasons. Madrid and Barcelona, Spain’s leading economic poles, finally rolled into phase 2 on Monday, marking the reopening of retail shops, bars, and restaurants, albeit with limitations. Travel restrictions will remain in force for both cities until the end of the state of alert that is set to be lifted on June 21.

Thanks to the asymmetrical phase-out around Spain, parts of the nation will be open for tourism before others. “We are not excluding the possibility that opening may be made asymmetrically, as the de-escalation is itself asymmetric,” said Minister of Foreign Affairs González Laya in late May. Tourism accounts for 12 percent of Spain’s GDP, and the country is keen to revive the sector.

Spain, along with other EU states, is eager to open its borders across the board to tourists in July and drop the current 14-day mandatory quarantine for international arrivals, as long as the situation does not deteriorate. The government hopes this will happen soon, in an attempt to rescue most of the lucrative summer tourism season. There is also talk of a scheme that could see travellers arriving to Spain, undergoing testing for the virus, and quarantining in their hotels for only six hours while waiting for their results. The pilot procedure is set to be tested this month with visiting German tourists, who are being welcomed in the country before the total re-opening of borders this July.

Sánchez announced the decision to re-open borders next month over television late last month. “As you know, Spain receives more than 80 million visitors a year. I am announcing that from July, Spain will reopen for foreign tourism in conditions of safety. Foreign tourists can also start planning their holidays in our country. Spain needs tourism, and tourism needs safety in both origin and destination. We will guarantee that tourists will not run any risks, nor will they bring any risk to our country.”

Spain is a popular vacation destination for many British citizens. However, tourists from the UK are likely out of luck, even in July, as their rates of new COVID-19 cases continue to rise. Meanwhile, travellers from Germany, Norway, and Denmark will probably be welcomed back to Spain much sooner. “At this moment, their epidemiological situations are very good,” said Tourism Minister Maria Reyes Maroto. “For us it is important to guarantee that people arrive healthy and leave healthy,” she said.

In a statement, Maroto said that “For Spain, it is very important that the first tourists are tourists who are in the same epidemiological situation as us, and that they are able to fly safely. Regarding the United Kingdom, there have been talks with tour operators but British data still have to improve, because it’s important to ensure that the person comes well and then returns well.”

Will Sports Be Back Soon, Too?

In addition to reviving tourism, Spain’s Ministry of Health is analysing when – and how – to let fans back into sports stadiums once the football season begins again later this month.

Health Emergency Coordinator Fernando Simon has said that regions which have moved into phase 3 of the exit process could hold matches with fans and spectators, but this is not guaranteed – especially if some clubs allow fans in before others do. In that case, letting spectators in before all clubs can do so could raise the spectre of sports unfairness.

Simon said the issue was discussed in an online meeting between Health Minister Salvador Illa, Sports Minister Irene Lozano, and four La Liga players including Barcelona’s Gerard Pique and Atletico Madrid’s Koke. La Liga President Javier Tebas has said fans will be allowed back in stadiums next season, which begins September 12, if the go-ahead from health authorities is received.

“The department for sports have agreed this with the players. That decision did not come from the health department as it’s not something we considered when evaluating the risks,” Simon said. “We haven’t given any firm answer as we are obviously not in a position to do so yet but it is true that the health minister has committed to evaluating the risks. And if a region is in phase three (fans attending matches) will be evaluated.” 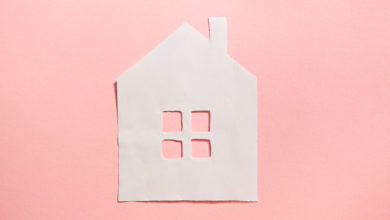 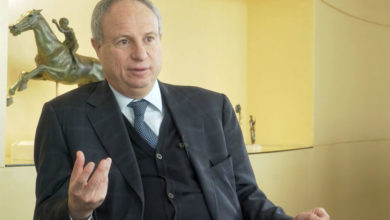 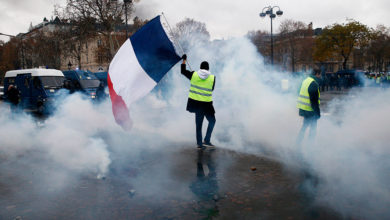