The Spanish Ministry of Economy has published a draft decree to create Spain’s first regulatory sandbox. At first thought, the word “sandbox” conjures up associations with careless, childhood fun. However, this type of sandbox allows for a much more serious sort of play. Specifically, a regulatory sandbox provides space for businesses to test out new products or services. Firms that participate are liberated from the threat of existing penalties, enabling them to interact with customers and further innovate.

First announced in July, the proposed law is open for public consultation until September 7, 2018. If adopted, the creation of a sandbox would be a powerful signal to the fintech industry that Spain welcomes and supports innovation.

While this framework provides a leg-up to companies fortunate to gain access to its offerings, a regulatory sandbox isn’t about giving preferential treatment to companies that can then ride slipshod over consumers. Providing firms with access to a controlled, legal environment where they can advance their ideas means they’ll do so in an open dialogue with regulators. Importantly, this helps policymakers develop proactive, rather than reactive, regulations alongside the emergence of new technology. In short, this arrangement is a win-win for both regulators and innovative firms.

The UK provides a useful case study in the benefits associated with regulatory sandboxes. Established in 2016 and overseen by the Financial Conduct Authority (FCA), this sandbox initiative has generated measurable results. Through its partnership with 60 firms, the FCA has helped reduce the time and costs of getting new ideas to market and developed consumer protection safeguards.

Building on this successful model, Spain’s draft law aims to facilitate technological-based financial innovation with appropriate supervisory oversight. It will therefore involve the participation of three regulatory agencies: the Bank of Spain, the National Securities Market Commission, and the General Directorate of Insurance and Pensions. In order to qualify, firms must be able to prove that their innovation will provide added-value through the improvement of regulatory compliance, increased market efficiency, enhanced quality of or access to financial services, or better market supervision. Once a company has been accepted to participate in the sandbox, they will work with the competent regulator to design an appropriate test protocol.

Although regulatory sandboxes benefit both incumbents and start-ups, it’s the latter that really reaps the benefits of this arrangement. Young firms have less capital and fewer resources than established companies, and their participation in a sandbox provides them with credibility that can be used to attract investors who otherwise might be too risk-averse to back their innovation.

This draft regulation could be instrumental in furthering the momentum behind Spain’s start-up scene. Between 2015 and 2017, more than 100 new fintech start-ups were launched in Spain, representing a whopping 41% increase. By the end of last year, there were around 300 such innovative firms operating across the country. Some of the fastest growing start-up industries include crowdfunding, personal financial management, and enterprise financial management – the very sectors the sandbox has been designed for.

The average Spanish consumer is also likely to benefit from the continued vibrance of the country’s fintech industry.  Spain’s fintech adoption rate of 37% is above regional and global economic heavyweights such as the US, France, and Germany. This speaks to how responsive the Spanish marketplace is to fintech and the likelihood that new innovations supported by a sandbox initiative will be utilised by the average Spanish citizen.

There is one notable shortcoming with Spain’s regulatory sandbox – namely its limited jurisdiction. National-level sandboxes provide a testing environment that is disconnected from the reality of international markets and could lead to regulatory fragmentation. While the EU has announced plans to publish a blueprint on the best practices for regulatory sandboxes, a better approach would see these sandboxes coordinated at the EU-level. If Spain’s sandbox proves successful, it would be in a strong position to lead this sort of EU initiative. 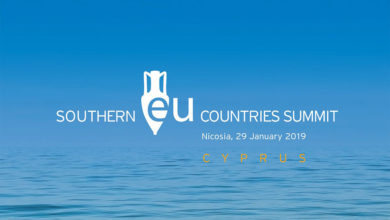 What to Expect From the 5th South EU Summit: An Insider’s View From Host, President Nicos Anastasiades 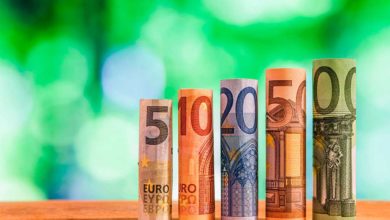