Brace yourselves: tariffs are coming.

On October 18th, the United States is prepared to leverage 25 percent tariffs on a range of imported EU goods from wine to butter to scotch – affecting businesses and consumers on both sides of the Atlantic.

From the four countries these tariffs specifically target, Spain’s economy will be hit the hardest. That is because the US is the largest non-European market for Spanish agricultural exports like wine, oil, cheese, and olives, all of which are likely to be affected by these new tariffs.

Acting President Pedro Sanchez is keen to defend the country’s agricultural sector from the damage these sanctions will do, calling them “unacceptable”, with the government summoning the US Ambassador in Madrid to express its complete rejection of the new tariffs. It is estimated that nearly 1 billion euros worth of exports will be affected annually.

“It is totally unfair and disproportionate that the rural community has to pay for a trade war with the European Union that has nothing to do with the Spanish countryside”, COAG Secretary General Miguel Blanco said in a statement. Spain hopes to avoid escalation by reacting with a series of mutually harmful tariffs. However, the country is willing to leverage counter-measures as the EU sees fit in order to mitigate impact on its agricultural sector should negotiations with the US fail.

The Director of the Spanish Federation of Food and Beverage Industries, Mauricio García de Quevedo, told state broadcaster TVE that “This type of tariff kicks you out of the market, and there is no alternative to the American market.”

“We are an administration that wants to maintain the best possible transatlantic relations…but my responsibility as Prime Minister is to defend the agricultural sector in the face of any attempt to railroad us with tariffs”, Sanchez said at a conference. “It’s something that fills us with concern.”

“We consider it unacceptable that the Spanish agri-food sector suffers or could suffer trade retaliation as a result of this aviation dispute”, acting Agriculture Minister Luis Planas said at a news conference.

“It is totally unfair that a commercial war in the aeronautical sector affects the agriculture sector”, said Juan Luque, a Spanish olive farmer. “European authorities must handle this and the Spanish government must handle this so (it) can get solved in a way that doesn’t affect agriculture.”

English, German, Italian, and French goods will also be subjected to the levies, though these countries will not experience as many repercussions to their overall economy in comparison. Oddly enough, though many cheeses will be taxed, French Roquefort is exempt. No explanation for this has been given, but a document outlining products that would be specifically targetted notes “blue-veined cheese (except roquefort)”.

France was the first to warn the US that it will hit back hard if the new tariffs come into effect. “Evidently, we are foreseeing retaliation measures”, said French government spokesperson Sibeth Ndiaye.

Why Tariffs? Why Now?

These actions are a result of European subsidies on large aircraft – specifically, a dispute between Airbus and Boeing. After fifteen years of litigation, the World Trade Organization ultimately ruled that Airbus received billions in illegal subsidies. The United States argued that this allowed Airbus to sell its products at unfairly low prices around the world, hurting America’s largest plane maker, Boeing. The WTO’s ruling gave the US the green light to impose retaliatory tariffs on 8 billion euros worth of EU goods on an annual basis, or until the subsidies are brought to an end. The tariffs are lodged primarily against Germany, France, Spain and the UK – all partners to Airbus.

Simultaneously, a case for subsidies the US paid to favour Boeing is also being pursued, and a ruling may come down in the next few months. This may ignite a tit-for-tat transatlantic trade war that could cause a huge blow to a global economy already reeling from the US’ ongoing trade war with China.

The United States has prepared its final list of tariffs, but the EU has also drawn up a provisional list of products they could hit in retaliation. French wine, Italian cheese, Irish butter, and Scotch whiskey will all see massive import taxes. Italian wines, pasta, and olive oil, however, are spared.

The primary target of US tariffs, however, are Airbus aircraft made in the eurozone, which face a 10 percent levy that would hurt American carriers, like Delta, who have billions of dollars of Airbus orders waiting to be filled.

The US Trade Representative’s Office said it would “continually re-evaluate these tariffs based on our discussions with the EU” and expects future talks will help resolve the issue.

Until then, people seem most upset about the new tariffs on alcohol, which will hurt both European exporters and small to medium-sized American importers. Robert Tobiassen, President of the National Association of Beverage Importers, said “These tariffs will devastate, perhaps destroy, many small and medium sized family businesses importing these products into the United States.”

Jacob Levy, a professor of political theory at McGill University, wrote on Twitter that the impositions were “an interesting strategy for lowering the trillion-dollar deficit: increase everyone’s need to drink to get through each day’s news, then tax the heck out of the good alcohol.”

The threat of these tariffs contributes additional uncertainty to an already unstable global economy. As a result, both exporters and manufacturers are cutting down on investment, facing increased difficulties competing internationally, and are passing on the cost to consumers.

While European producers will be forced to foot some of the bill, shoppers – including Americans – are sure to see price hikes. American companies may also face similar retaliation from Europe down the line, especially if a trade war does erupt. So far, European farmers, companies, and trade associations are very upset at being hurt by a conflict over aircraft subsidies: “It seems ironic that in a dispute about aircraft, our sector is being hit pretty hard”, said Karen Betts, the Chief Executive of the Scotch Whisky Association.

But that may be the point, as those feeling the strain may in turn put pressure on the EU to change the trade practices that the US finds so problematic. It’s a risky gamble, but could explain why the majority of the highest tariffs have been placed on food products and not airline parts. Agriculture is an especially sensitive sector, and the US may be hedging their bets that this will force Europe to respond to their complaints of collateral damage more quickly.

That is, if the EU doesn’t retaliate first. 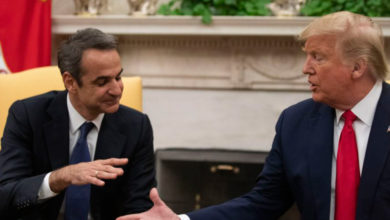