Will France be out of lockdown soon? This is the question many citizens are asking as the country logged 437 deaths from coronavirus on Tuesday, totalling 23,293 fatal victims. The number of victims in intensive care, however, has dropped, as had the number of patients in hospitals. Even as coronavirus cases have decreased, critical cases from other causes have risen, with the country’s health system remaining under heavy strain.

With the lockdown now in its fifth week, the country is itching to go back to normal. Violence has erupted in some working-class suburbs as the quarantine has exacerbated already deeply felt social and economic divides. Support for strict lockdowns has fallen to below fifty per cent for the first time, and restrictions are set to ease on May 11. On Tuesday, Prime Minister Edouard Phillippe laid out his strategy before parliament on how the country will ease out of lockdown in a progressive, gradual manner, saying that the French economy was at risk of an economic collapse unless the deconfinement was rolled back, adding that the plan will be based on three points: protect, test and isolate.

Last Thursday, French President Emmanuel Macron told mayors that a national framework for easing the lockdown will be put in place, which can then be adapted locally depending on health conditions and the state of public transportation in the area. The lockdown will be eased on a case-by-case basis rather than by region, as the situation isn’t homogeneous within particular areas. Companies are expected to re-open and public transportation to resume normal scheduling before schools fully open nationwide. Younger students and those with learning difficulties will be prioritised, but no one will be under any obligation to return.

Re-opening schools remains a divisive subject, as teachers are concerned that these institutions will serve as a vector for spreading the virus. While Prime Minister Phillipe has said the gradual reopening of schools will commence on May 11, the government’s scientific committee has noted that places like schools and universities are at higher risk for rapid spread of Covid-19, with it being especially difficult to control the contagion among younger students. The committee recommends nurseries, schools, universities, and lycées all remain shut until September, opposing Macron’s decision to re-open nurseries and schools first.

The French will have to “live with the virus” in the coming days, and weeks said Philippe on Tuesday, adding that people presenting symptoms will be massively tested, while “brigades” to identify their contacts will also be established. Wearing a mask, said the Prime Minister, was “preferable”, while its use will be compulsory on all public transportation and at colleges.

A majority of citizens want the French government to make masks free once the lockdown is lifted, according to a YouGov poll, and Macron has also encouraged mayors to purchase masks for the general public. Though masks are available for sale over the counter at pharmacies, they still remain in short supply. While the government has assured that there will be sufficient masks for the public when the deconfinement rolls back on May 11, it remains unclear where the masks will come from, or how they would be distributed.

Jean-François Delfraissy, who chairs the scientific committee advising the government on lockdown exit plans, has warned that France needs to treble its testing capacity before the country can truly relax restrictive measures. By his estimate, the government needs to perform 500,000 tests before any lockdown easing takes place to measure the true spread of the coronavirus. Currently, the country can test only about 150,000 people in a week. Widespread and constant testing is one of the only ways to prevent a recurrent outbreak without a vaccine by quickly identifying and isolating new patients, while allowing a return to some normalcy for the rest of the population. Without a greater testing capacity, a second wave of infections is all but guaranteed.

“All the other countries that have done a lockdown are confronted by the same questions about how to exit”, said Carlos Moreno, director of scientific research at La Sorbonne University. “But not all countries are in the same position. The approaches are going to be different based on what the political choices are and depending on the resources of the health system.” Many countries are still not testing at the recommended rate, and France itself was particularly slow to ramp up testing capacity outside of hospitals due to an insufficient ordering of supplies.

Bruno Lina, a virologist and member of France’s scientific advisory council, announced that the government had ordered 20 new high-capacity testing machines capable of diagnosing people with Covid-19 via so-called PCR genetic tests. This will help boost France’s testing capacity. “If it all goes smoothly, if there are no problems with supplies, and all the platforms work properly, we will theoretically be able to test around 90,000 per day once they are all online”, he added. “We’re on track to reach that goal.”

No Bailout for Big Business

France is looking for more ways to support local businesses, but there are exceptions to government generosity. Finance Minister Bruno Le Maire announced that firms registered in offshore tax havens will be barred from cashing in on a government support package worth 110 billion euros. This follows a request for an amendment to the 2020 finance bill from Centrist Union group senators, which passed last week. The amendment sought to exclude “companies whose subsidiaries or establishments are established in states and non-cooperative territories” from getting aid.

Of France’s 110 billion euro economic relief package, 4 billion has been reserved for struggling start-ups, while another 20 billion euros are being kept for larger firms such as Air France.

“It goes without saying that if a company has its tax headquarters or subsidiaries in a tax haven, I want to say with great force, it will not be able to benefit from state financial aid”, Le Maire told the France Info radio station. “There are rules that must be followed. If you have benefited from the state treasury, you cannot pay dividends and you cannot buy back shares…And if your head office is located in a tax haven, it is obvious that you cannot benefit from public support.”

Similar bans on bailouts have been established in Poland and Denmark. Poland’s Prime Minister Mateusz Morawiecki said on April 8 that the only way large companies can get a piece of the country’s economic relief package would be to pay domestic business taxes. “Let’s end tax havens, which are the bane of modern economies”, he said. Denmark soon followed, with a statement from the finance ministry saying that “Companies based on tax havens in accordance with EU guidelines cannot receive compensation“.

Meanwhile, France is not cooperating with wider EU calls to lift export restrictions on certain pharmaceutical drugs, which may cause shortages elsewhere in the eurozone. Instead, the country has expanded the list of drugs facing restrictions, all but ignoring a letter from the European Commission sent on April 7 which implored the government to roll back restrictions on medications seen as vital to treat coronavirus patients.

Antibiotics, painkillers, sedatives, and muscle relaxants are among the list of drugs that distributors cannot export; manufacturers are exempt from export bans. Several possible treatments for Covid-19 that are currently being tested are also on the ban list, including remdesivir, hydroxychloroquine, lopinavir, and ritonavir. Insulin is also on the list, which is a vital medication for millions of people with diabetes across Europe. While some of these supplies are not in short supply within France, they are lacking in other EU States. Atracurium and rocuronium – muscle relaxants used on critically ill Covid-19 patients to aid in connecting them to ventilators – may soon be in short supply in the Netherlands, Italy, and Belgium.

Similar lists banning exports in other countries are also likely to trigger shortages elsewhere in Europe, causing further strain in various health systems across the eurozone. If no compromise is reached soon, the European Commission may seek legal action.

France has also banned online sales of nicotine products and substitutes, hoping to stop over-consumption of the addictive products after widespread media coverage found that smokers were less likely to be admitted to hospitals due to complications from the virus. In the draft of a legal text published earlier in the week, the government stated “Because of media coverage around the possible protective action of nicotine against Covid-19, there is a strong risk that the dispensing in pharmacies and internet sales of nicotine replacements will experience a surge in the coming days”. 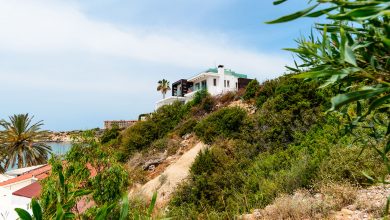