Italy pulled off a victory when it recently dodged tariffs from the United States on some exported goods, including the proposed 25 percent tax on Parmesan cheese. In reaching out to the US, Ivan Scalfarotto, Undersecretary at the Italian Foreign Ministry, was able to make a case directly to senior White House officials that Italy should be left off retaliatory levies due to its non-involvement in the current trans-Atlantic spat over Airbus.

US President Donald Trump has announced increased tariff rates of 15 percent, beginning this March, on aircraft imported from the European Union. This is up from the previous 10 percent duties on Airbus aircraft and 25 percent tax on a range of European consumer exports including Scotch whisky, French wine, and Spanish olives imposed last October.

“We’re doing everything possible to limit the impact on Italy, but the Americans have the upper hand”, said Scalfarotto. “Italy isn’t part of the Airbus consortium, and tariffs will have a cost for American companies, restaurants, families.”

“Italy today emerges undamaged from the revision of the list of products subjected to tariffs imposed by the US last October”, Foreign Minister Luigi Di Maio announced in a statement released earlier this month.

This past January, France was also able to score a truce. After French President Emmanuel Macron agreed to pull back on taxing American tech giants like Google and Amazon, Trump agreed to back off on levying tariffs on their goods. The détente isn’t permanent, but rather a play for time in developing a long-term, mutually satisfying solution.

“We will work together on a good agreement to avoid tariff escalation”, Macron announced on Twitter. “Excellent!” Trump replied via the social media site.

But the slow rate of negotiations has frustrated some French officials, who insist that digital giants must pay their fair share in taxes. Bruno Le Maire, France’s finance minister, has said that while Trump “agreed to avoid all escalation between the US and France on this digital tax issue”, discussions on finding a compromise “remain difficult”.

Meanwhile, France has delayed finalising its taxes until the end of 2020, and Brussels is unlikely to back down on the issue. Last summer, the European Commission proposed a revamp on how taxes are levied on American tech giants operating in Europe, triggering alarm for the United States’ Silicon Valley headquarters. The OECD’s original proposal – which aligns with the goals of many EU states – would allow countries to tax large, multinational corporations based on where sales occur, rather than where they are incorporated. “In a digital age, the allocation of taxing rights can no longer be exclusively circumscribed by reference to physical presence”, the document states. In response, Trump has threatened retaliatory tariffs if these measures are indeed pushed through.

Italy and Austria are among 15 countries set to levy similar taxes by June. Great Britain, Israel, Turkey, and India are also currently working on their own versions.

“Digital taxes are going to happen one way or another. We prefer an international solution. But it’s up to the US to decide”, said Le Maire.

It remains to be seen if France and Italy’s avoidance of tariffs will be enough to navigate the fallout from this week’s stock market plunge.

For weeks, international finance has remained tentatively buoyant in the face of the coronavirus, but recent outbreaks in Italy, South Korea, Iran, and Israel have caused a dreadful about-face. In the worst showing in two years, the S&P 500 is down 3 percent and the Dow Jones has dipped more than 3.5 percent. Monday, February 24th, saw European markets experience their worst day since the Brexit referendum in 2016, and Asian markets continued their downward slide. Nearly 1 trillion euros worth vanished off the global stock market in a single day.

Complicating matters is the unexpected shrinking of both the French and Italian economies last quarter – in part due to France’s sustained pension reform strikes, as well as increased global uncertainty in the face of the rapidly spreading virus. The two countries are, respectively, the eurozone’s second and third largest economies, and their contraction may create knock-on effects for the rest of Europe.

Meanwhile, Greek and Italian bonds have experienced increased demand, seen as investor havens, as borrowing costs continue to fall – a stunning change from when these countries were viewed as high-risk debt markets. This inclination could change, however, if investors become further spooked by the coronavirus or other trends in the market.

“The longer it takes for production to resume, the higher the risks”, said Jörg Krämer, chief economist at Commerzbank in Frankfurt. Europe’s economic powerhouse, Germany, is reliant on China for auto industry parts – and a hiccup in that production line has already resulted in a fourth quarter slump.

Germany’s problems may soon become the EU’s, due to so many small and midsize parts’ suppliers depending on the country for sales. Italy’s economy also shrank in the fourth quarter, in part because its industrial north is so closely economically tied to Germany.

“For most countries, Germany is the most important trading partner”, said Carsten Brzeski, Chief Economist at ING Germany. “If it starts to slow down, other countries will feel it.”

Olaf Wortmann, economist for the Mechanical Engineering Industry Association in Frankfurt, grimly noted that while some lost sales may be recouped later, it is no guarantee. “The political turmoil created uncertainty, and uncertainty is poison for investment”, he said. “The longer this virus spreads its misery, the harder it will be to catch up later.”

The International Monetary Fund forecast Italy’s growth at 0.5 percent for 2020 and said its economy would be the weakest in the European Union over the next few years. But the Italian government had expected the economy to quickly rebound in the first quarter and meet their modest growth target of 0.6 percent – that is, until the coronavirus arrived. Despite rising exports and tourism, the virus may cause Italy’s fourth recession in twelve years.

“There is a clear risk that [the Italian economy] falls back into recession for the fourth time since 2008”, said Jack Allen-Reynolds, senior European economist at Capital Economics.

“Whatever growth [Italy] has experienced in recent years has been closely correlated to how the global economy has fared”, said Silvia Dall’Angelo, Senior Economist at Hermes Investment. “At the same time domestic demand has been sluggish, implying that Italian growth has been particularly vulnerable to external shocks.”

The European Central Bank may decide to call for more spending from countries like Germany, who have more fiscal flexibility, or Spain, with its economy currently outperforming expectations, in order to temper fluctuating markets.

“The coronavirus might be slowing in mainland China, but the huge jump over the weekend to various other countries has many reassessing 2020 growth estimates”, said Ryan Detrick, Senior Market Strategist for LPL Financial, a money management firm, in an email to the New York Times. Detrick added: “We could see quickly decreasing earnings and growth outlooks.”

Compounding matters, the World Health Organization has warned that the world remains unprepared for a major, pandemic-like outbreak. While China’s extreme lockdown of over half its population has likely saved hundreds of thousands from infection, these types of restrictions are difficult to replicate in democratic countries, where freedom of movement is a protected right. While the number of new cases in China seems to have declined, they are rising elsewhere – bad news for those who seek to contain the virus’ spread. In Italy, more than 150 cases have been logged and authorities have locked down ten towns, shut down schools, and cancelled Carnival in response. But even these measures may not be enough.

“There’s no question that China’s bold approach to the rapid spread of this new respiratory pathogen has changed the course of what was a rapidly escalating and continues to be a deadly epidemic”, said Bruce Aylward, a Canadian doctor and epidemiologist. “We have all got to look at our systems because none of them work fast enough”, he added.

“The containment definitely worked in China”, said Leo Poon, the head of the public health laboratory sciences division at the University of Hong Kong. “The question now is whether similar policies can be applied in other countries.”

The coronavirus has made investors understandably jumpy. China is a major consumer market, and also a massive international supplier of both raw and intermediate materials upon which the rest of the global supply chain depends. When the virus was mostly contained, there was cautious optimism that the global market could weather the storm. With outbreaks now spreading outside of Asia, investors are no longer so optimistic, and markets are predicting a world-wide drag on growth – at least until the virus is controlled.

As a result, crude oil prices have dropped, shipping has reduced, airline and technology stocks have taken a major hit, and gold – a safe investment choice during financial unrest – has risen to a seven-year high. Meanwhile the coronavirus has caused tourism to slump worldwide, especially as many European countries – Italy included – have greatly benefitted from continuous Chinese tourism that has recently ground to a halt.

For now, it seems the only certainty remaining is the uncertainty of the markets. 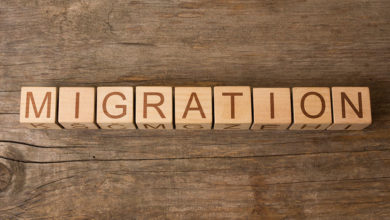