France and Germany are working together to pioneer a new cloud computing ecosystem in order to reduce the European Union’s current dependence on American Silicon Valley tech giants such as Amazon, Microsoft, and Google. This joint initiative was announced back in October, but its current push comes on the heels of a cooperation between both countries to boost the European economy in the wake of the coronavirus pandemic.

Called Gaia-X, the project aims to establish commonly held standards for storing and processing data on servers stored locally and in compliance with the EU’s strict laws on data privacy. While not a direct rival to American tech giants, the initiative would referee a common set of European rules, which include GDPR, the Free Flow of Non-Personal Data Regulation, and the Cybersecurity Act. A major concept underpinning the initiative is that users will be able to decide which data of theirs, if any, they want to share and with which companies. The project will also be open to users outside of the European Union – so long as they commit to adhering to European standards.

Speaking last week in Berlin, German Economy Minister Peter Altmaier noted that the aim is “nothing less than a European moonshot in digital policy”. During a joint video conference regarding the venture, French Economy Minister Bruno Le Maire said, “We are not China, we are not the United States, we are European countries with our own values and with our own economic interest that we want to defend.”

Le Maire considers the timing of this initiative particularly auspicious as the EU works to limit the financial impact stemming from the pandemic. “With the COVID crisis, companies massively shifted to teleworking. This makes the need for (a) secure and European cloud solution all the more urgent,” Le Maire said. “The crisis also showed that the giant tech companies are the winners…the European digital space has to be protected.”

France and Germany hope to see the service launch by 2021, but analysts at Gartner consider the project to be too little and too late as numbers show that the global market for public cloud services will grow by 17 percent this year alone. “The leading cloud providers have already moved quickly to build up this market,” said Gartner analyst Rene Buest.

This isn’t the first time Europe has tangled with American tech giants. In 2019 and now in 2020, France has butted heads with American corporations earning profits in Europe to pay their fair share in taxes, and recently fought Amazon to a standstill over working conditions in their French warehouses.

A History of Cooperation

Gaia-X isn’t the only joint venture occurring between Germany and France. Last week, German freight technology firm Sennder announced its merging with French freight technology company Everoad in a stock-based deal, which is set to keep these companies on track for their fiscal targets in 2024. The agreement is worth tens of millions of euros. Everoad had previously raised 17.5 million euros from investors, including Germany’s Earlybird, whose partner Fabian Heilemann said the merger has created a company with the potential to become Europe’s first 1 billion euro worth logistics tech firm.

“France is an important but difficult market that we have been handling from Germany. We realised we needed to do something there if we want to achieve our turnover goal,” said CEO and co-founder David Nothacker in an interview.

France and Germany are also leading the way in the creation of a car battery consortium to help boost the flagging auto industry and catch up with Asian auto rivals. Conceived before the coronavirus crisis, the initiative is now seen as a crucial measure in making Europe more technologically and economically independent, as well as more carbon neutral. The enterprise is part of the European Battery Alliance, which aims to boost suppliers from lithium mining and refinement to manufacturing, instalment, creating recharging infrastructure, and recycling old batteries.

Meanwhile the European Investment Bank (EIB) will increase its backing for battery projects to more than 1 billion euros this year – significantly more than the support previously offered over the last decade – in addition to a billion euros of French investment into research and modernising production. Furthermore, automobile manufacturer Renault is set to receive a 5 billion euro loan in return for the automaker’s promise to join the French-German consortium to develop car batteries. “[The] Covid-19 crisis has highlighted Europe’s vulnerability to interruptions in the supply of critical materials and technologies,” said EIB vice-president Andrew McDowell. 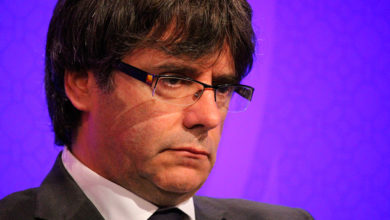 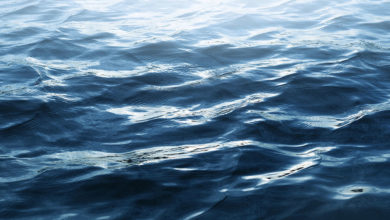