The collapse of FlyBe, the massive contraction and subsidisation of Norwegian Air, the grounding of EasyJet, WizzAir, and Ryanair fleets, and the unprecedented challenges facing all other major European carriers, shines a light on how vulnerable the sector is to major shocks – even in the short term. Now, the question remains: in the eye of the coronavirus storm, how will some of Southern Europe’s airlines survive?

In Italy, Alitalia was known as a crisis-ridden carrier even before Covid-19 hit. The airline is currently in the process of being re-nationalised and, whenever aviation can resume in the country, is set to relaunch with a significantly reduced fleet, perhaps by as much as 75 percent.

According to Reuters, the government has said that a lessening of “25 to 30 aircraft would only be the starting point”, while concern remains the fleet will not be expanded once the emergency is over.

Alitalia employs 11,000 staff and the major unions representing the sector, CGIL and FILT, have said they hope the new entity will be scaled up once the Covid-19 crisis ends. “Even if we acknowledge the serious crisis that the country is experiencing, the new Alitalia should be created with the idea of developing it and increasing its flights once the emergency is over”, said the unions in a tatement.

Iberia has announced plans to temporarily lay off as much as 90 percent of its staff as the coronavirus hits the carrier and grounds almost all flights in Spain, as well as much of its transatlantic and European routes. The cuts will also hit Iberia’s budget counterpart, Vueling.

Both companies are part of the IAG airline group, home also to British Airways. The group has cancelled 80 percent of its flight schedule until May, but with the worst of the pandemic expected to be still ahead for both Spain and the UK, it is possible that cancellations could last a lot longer than initially anticipated.

In neighbouring Portugal, the national airline, TAP, has cancelled more than 90 percent of its flight schedule until at least May.

The French national carrier, Air France, and main European airline manufacturer, Airbus –headquartered in France – have both applied to the government’s ulti-billion rescue fund for beleaguered businesses resulting from the pandemic.

Air France, due to a collapse in demand and available air routes because of national restrictions, is set to continue cancelling up to 90 percent of its schedule. Meanwhile, Airbus is facing an unprecedented crisis as customers seek to delay delivery of new aircraft or cancel orders, at a time when the company is producing at record levels. Airbus has not yet confirmed whether it will decide to dramatically slow production, but does plan to seek state aid in order to mitigate falling cash flow and the possible need for temporary or
permanent redundancies.

Aegean airlines, the largest airline in Greece, has cancelled all international flights from March 26 until the end of April, due to national mandates. It will, however, maintain a route between Athens and Brussels in order to allow the country to continue to work with the EU’s administrative
centre during this time of crisis.

“Given the extraordinary circumstances of the Covid-19 pandemic, travel restrictions imposed by Greece, the EU and other states, as well as the newly adapted measures for the restriction of unnecessary movements in Greece, Aegean is obliged to proceed with the
temporary suspension of its international flights, as of March 26. This decision stems from the commitment of the company to ensure the safety and well-being of both passengers and employees, as well as to support the sustainability of its operations”, Aegean’s statement
said.

The largest airline in Europe, offering three subsidiary airlines, announced the cancellation of almost its entire fleet, starting March 24 until further notice, with the company not expecting to take to the skies at all in April or May.

The Irish-owned airline said in a statement that they were working with EU governments to use their fleet for transport and humanitarian flights when necessary. “While the immediate future is uncertain, it is important to remember that, like all pandemics, this crisis
will pass. Our Governments and health agencies are taking unprecedented action, but they require our support, so by working together we can all help to eliminate Covid-19 and allow our lives to return to normality”, said Ryanair’s CEO Michael O’Leary in a statement.

He goes on to note the economic strain and resulting fear of unemployment due to the virus, saying “In Ryanair, Buzz, Lauda, and Malta Air, we will do everything we can to keep our aircraft, our crews, and our engineering teams operational so that when Europe defeats this Covid-19 pandemic, we are ready to return to allow Europe’s citizens to go back to work, to visit friends/family, and to rebuild Europe’s tourism industry, upon which so many millions of jobs and families depend.”

While a message of hope is welcome, the length of the severe contraction places massive strain on the airline, aviation, and broader tourism sector. Individual governments, as well as the European Union, will both be relied upon to provide significant support to ensure that these fundamental sectors to the EU’s economy remain viable for when the pandemic eventually ceases

Religion and Coronavirus: Testing the Faithful 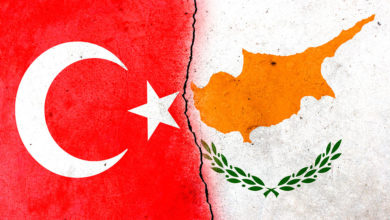 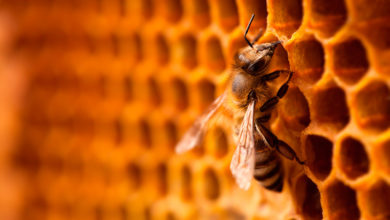