As coronavirus fears continue to grip southern Europe, many countries are questioning how to approach the pandemic from a religious standpoint. This has become a strong and divisive issue, especially during the Lent season now occurring throughout Orthodox and Catholic communities.

Steps have been taken to prevent individuals from gathering in large groups. On March 8, the Presidency of the Council of Ministers in Italy signed a decree stating that “civil and religious ceremonies, including funeral ceremonies, are suspended at a preventative level throughout the country until Friday, April 3”. This verdict encompasses public masses and all other worship.

Since the first Covid-19 death in Greece on March 12, the government has cracked down on public gatherings, shutting down schools and businesses, closing down parks, bars, and restaurants, and forbidding gatherings of more than five people – but stopped short of banning worship at the Church of Greece. As of March 16, the church – which retains significant influence and power over Greek society – has remained open only to cater to “individual prayer”.

In lieu of public services, Italians have been given the option of tuning into televised religious ceremonies, but most complain that the effect is not the same. “The difference between participating in the Mass in the church and watching it on TV is like the difference between sitting next to a bonfire that warms up, illuminates, brings joy, and watching a picture of the fire”, Milan’s archbishop, Mario Delpini, said in an onscreen Mass earlier this month.

But some have taken it a step further, believing that fears are overblown and stating as much. Founder of the Catholic group Community of Sant’Egidio, Andrea Riccardi, wrote “I’m not an epidemiologist, but do we really find ourselves faced with such a great risk that we renounce our common religious life”?

And then there’s an even more extreme view, exemplified by Father Livio Fanzaga, director of the Catholic radio station Radio Maria. He attributed the spread of the virus to Satan, calling the pandemic “a warning from the heavens” against materialism.

Meanwhile in Greece, a somewhat controversial stance to communion, where believers drink wine that symbolizes Christ’s blood out of the same cup, has emerged. At the beginning of the coronavirus outbreak, Orthodox priest Stylianos Karpathiou said on live broadcast that ”Jesus Christ does not carry microbes,” sparking outrage and debate across the country. The Bishop of Nea Ionia told another major news channel that if an individual believes in God, they have “nothing to fear,” especially as communion is simply taking in “the body and the blood of Jesus Christ.”

More recently, an orthodox priest was arrested on one of Greece’s islands for holding a public mass before Orthodox Easter celebrations. After being informed of standing restrictions meant to slow the spread of Covid-19 and being requested to comply, the priest was ultimately released. As of March 19, this was one of 222 violations and 233 arrests reported throughout the country.

Meanwhile in Spain an Easter tradition of kissing the feet of a 17th century Jesus statue was discouraged, with many devotees choosing not go to the church at all. “It’s not right that there are so few people this year…Although they don’t kiss their feet, Jesus is here looking at us, he protects us, he helps us, we should keep coming”, worshipper Pepita Cardoso told Reuters.

Misinformation spread about Covid-19 through religion is especially harmful. Many officials have preyed on the blind faith of believers to ensure church attendance, likely at great personal risk. It is clear now, however, that gathering in settings such as Mass spreads the disease rapidly.

But it’s also easy to see why devotees wish to hang on to religious celebrations in the face of the virus. For many it serves as a routine, one that people – especially the elderly, who may have very few outlets besides Sunday services – don’t want to break. Some even believe that mandates such as social distancing shouldn’t apply to their relationship with God, drawing to religion to find comfort and answers in the face of the crisis.

As Easter season continues, how religious restrictions play out, especially as nobody seems to be able to agree on the right approach, is likely to pose a credible threat to communities across southern Europe.

For now, it does not appear as though the devoted are deterred. In Palermo, Sicily, believers are turning to the sanctuary of Saint Rosalia, who is said to have saved the city from a plague in 1625, for comfort in her expertise, particularly in these times. One member of a group that treks through Palermo with the saint’s reliquary has said, “For us, she’s a friend, a point of reference…Others may be devoted to the Virgin Mary, but for Palermo, she is the expert in plagues”. 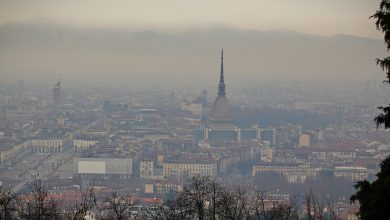 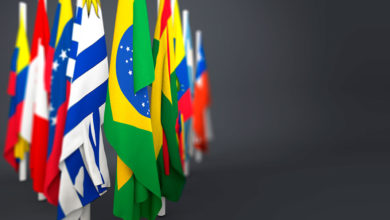